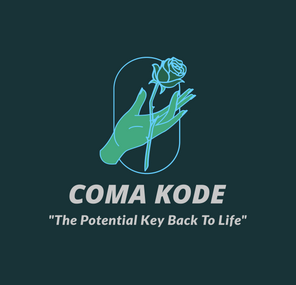 Coma Kode was invented by me as seeing an event before it happens.It is investing for an eventuality. It has very uncertain outcomes and the function of Wake Up...some will wake up and others may not because of so many reasons. So unfortunately I cannot guarantee 100% success because it has never been measured and I am not sure it ever can be measured exactly. However, it is an absolutely supreme process of mind care, of body care that is unrivalled in the World and you must purchase the Coma Kode from me and follow the basic disciplines for the added weapon of your WAKE UP. It is a headache tablet of extreme uniqueness and absolute winning potential.

When I was putting together my Coma Kode company, I read so many studies, so much material and here are some very good articles:

i) "There is some evidence that people can hear and understand spoken instructions during a coma."

ii) "A study carried out in 2015 found evidence that voices of family members and loved ones could help improve responsiveness in people during a coma. After 15 patients who underwent either familiar auditory sensory training (FAST) or placebo silence, fMRI scans show improvements in the brains of those who experienced FAST."

iii) "Research has also suggested that stimulating the senses of touch, smell, sound, and vision may help the person recover. A visitor could help by wearing a favorite perfume or holding the person's hand."

iv) THE STORY OF MARTIN PISTORIUS,12 YEARS IN A COMA

At age 12, Martin Pistorius became mysteriously ill and fell into a coma. For the next decade, he was trapped inside his own mind, gradually pulling himself out of a vegetative state.

For most of his time in the coma, he was aware of his surroundings.

Trapped inside his mind with Barney and a host of depressing and lonely thoughts, Pistorius decided he'd had enough. He began to re-engage his mind and think about things that gave him a sense of control, like determining the time of day by watching sunlight and shadows in the room.

It would still be a while before his family realized he was aware of what was happening around him, but he remembers most of it.

"I was there, not from the very beginning, but about two years into my vegetative state, I began to wake up,"he said. He remembers historical moments like the inauguration of Nelson Mandela, and the death of Princess Diana.

After a few years, his family began to notice slight movements that seemed to be more than just random occurrences. A twitch of the finger here, a faint smile in response to someone talking to him there.

Eventually, he was taken to see an aromatherapist who learned to read his various attempts at communication. She recommended that he be sent to the Centre For Augmentative And Alternative Communication at the University Of Pretoria.

It was there that at age 26 that he learned to operate a computer that could speak for him with slight gestures.

After regaining the ability to communicate, he went on to get a job, study computer science in college, start a web company and write a book called "Ghost Boy," which published in 2011. In the book, he describes himself as "a man-child reborn in a world he didn't know."

Pistorius also fell in love with a woman named Joanna, who is now his wife. They live together in Harlow, England.

"THE VALUE OF COMA KODE CAN AND WILL HELP.......INSTRUCTIONS FROM THE OUTSIDE WORLD INTO THE WORLD OF COMA"